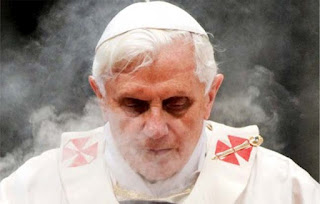 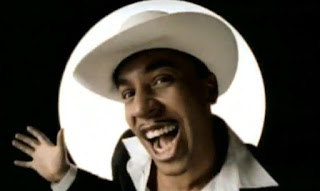 Never mind all that.  Instead, focus your attention on how these celebrities that claim Christianity, always seem to end up with false teachers. 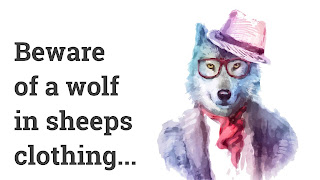 The Last Reformation Movement is a cult that teaches that you must have works for salvation, which is a false gospel that leads to hell (Galatians 1:6-9).  They teach that you need water baptism to be saved, but 1 Corinthians 1:17 and the thief on the cross both make clear that water baptism isn't required for salvation.  And Romans 4:5 makes it clear that you can't add any works to your belief in Jesus for heaven.  If a person adds water baptism or any works, they are teaching a lie that leads to hell.

So Lou Bega will be making a movie with that particular cult, and here we go again with another "Christian" movie that will be created and promoted by false teachers.  And then everyone can celebrate that another celebrity is now "living for Jesus".

Of course, Bega isn't living for Jesus.  He joined a cult.

We need rightly divided Bible teaching.
Posted by Gospel Hub at 8:05 AM No comments:

It is when our health is affected that we might be the most open to question things we've long held as truth.  If I assume that doctors are well trained to find and fix health problems, then it will shake my whole world to find the opposite to often be true.

I'm sure that most doctors have good intentions in their treatments.  But once you discover that elite families like the Rockefellers have bought out huge portions of the "accepted" medical establishment, and began lying to doctors (and therefore patients), then you won't necessarily put the blame on your local family doctor.

In the mid 90's, I began to have a rash on my face that just wouldn't go away.  Sometimes eating certain foods would make it worse.  Being all over my cheeks, it needed to be dealt with.  It was embarrassing.

I went to a dermatologist, which prescribed a cortisone (steroid) to bring down the inflammation that he described as being caused by seborrheic dermatitis.  It would work short-term, but get worse long-term.  I went back for another appointment, and pointed this out, and he just gave me a stronger one.

After months of this cycle, I began to research on the burgeoning internet, which was still in its infancy at that time.  Very basic message boards were enough to fine like-minded individuals struggling with similar problems.  Research confirmed for me that I was fighting a fungus, which is the actual cause of seborrheic dermatitis, and ezcema, and psoriasis.

I took my findings to the doctor, telling him that I needed a prescription for specific antifungals, and was promptly laughed out of the office.  So I looked to my new online friends for advice, who told me to get antifungal medicines.  Living in southern California at the time, this was an easy trip to Mexico for "no prescription" medicines.

Within a matter of a week, my rashes were gone, and they never returned.

If my doctor didn't know the right answer, then the question was, why?  This began the study of the medical establishment, which led to a study of diet.  I loved sugary foods.  Sugar was everything for me in terms of food.  But now I know that refined sugar is a poison, a drug, an addictive destroyer of health that causes cancer (which is a fungus), diabetes, heart disease, and a host of other possible disease conditions.

No doctor in the mainstream would agree with those assertions, of course.

Around this same time, I came to believe in Jesus Christ.  I also came to understand that the Bible is the absolute Word of God, the truth, the final and only authority on all matters.  My journey of Bible study began with Revelation.

And one of the many topics of Revelation is a conspiracy to unite the world under one evil man, the antichrist.

Jesus would say that if He doesn't return at the end of the seven years of antichrist's rule, then there would be no flesh (people) surviving (Matthew 24:22).  This led me back to my health issues, and how the medical establishment is compromised in such a way to bring about depopulation.  For an example, since cancer is actually a fungus, and can be easily cured by removing sugar and starches from the diet and using antifungals, then very few would die of cancer.  But that would not help a depopulation agenda (nor the billions in money made off of cancer).

So this is where I'm at.  I understand that there are TRUE conspiracies.

The biggest true conspiracy of all?

The devil, satan, seeks to have as many people go to the lake of fire as possible.  This is why he organized a fallen world system that seeks to attempt to prevent people from believing the truth, using religion, media, so-called "science", governments, and culture to divert people away from the truth.

And the truth is JESUS.   That there is only one way to heaven, and it is too late to be saved, after death.  We are all sinners.  Jesus Christ, who is God Himself, died on the cross to pay for all of our sins, and then Jesus resurrected from the dead.  There is no other way to have our sins paid for.  Works can't pay for our sins.  Religions can't pay for our sins.  Jesus already paid for all of our sins by dying on the cross and shedding His blood.  Jesus paid for our sins with His death and blood.  And we can't add any works to salvation (Romans 4:5).  The only way to heaven, is by believing in Jesus Christ to take you to heaven, without adding any works.

That easy, that permanent, that immediate.